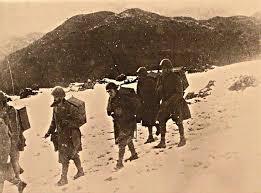 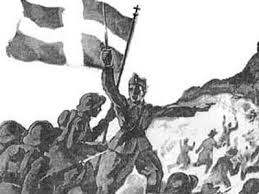 Just after the storm…

At the waterfront of Mytilini port. It’s Thursday morning.

A crummy Syrian pushes his wife’s wheelchair to the Square of Sappho, some meters nearby . (But it is possible they have been going 8 kilometers long to arrive here, after the risky crossing of the sea.)

She has one foot .The other has been lost by the bombings.

They are wet to the bone by the storm that has just stopped. It’s like they have not even noticed

They tell me how happy they are to be located here.

They want to go to Germany to relatives.

It’s sure we have lost the meaning of life, (our-Greek chapter lives, which we do experience with worries separated from the refugees’ drama, coexisting on this same isle) while these people next us unstoppably struggle to grab the thread of life by its hair…
I give them my umbrella and leave .

It s them, who show us the meaning of life. We don’t yet see …

SCRIPT IN GREEK PUBLISHED BY BARBARA GIGILINI , A publisher, reporter and writer of POLITIKA, contributor journalist by the Greek to me team !, Lesbos island

the port of Lesbos from the boat, by the Statue of Liberty standing in the back and all around the hundreds of tents of refugees settled there waiting for their ticket to Europe

coming closer to the port of destiny…

Alexis Tsipras said officially NO to Angela Merkel talking on the phone on Wednesday October 14, hours before the European Council for Migration, and while Turkey had gladly said Yes to joint patrols of Greek and Turkish Naval and Coastguard Patrols in the Aegean.

Instead of that the Greek Prime Minister insisted to ask the identification screening procedure of migrants and refugees to be held on the Turkish coast, before the migrants make the journey of life-or-death that has lead to hundreds of drownings in the Aegean waters, and which make them pay to smugglers more than 2000 euros each.

This is a proposal officially first made by the official Lesbos’ Municipality Plan for the refugees crisis Response, by the Mayor of the island Spyros Galenos, who had already made diplomatic contacts with his counterparts in Turkey, and had found them positive so far, as the official document reports .

Jean Claude Junker had also officially received the proposal early enough, by late September, but had transposed the responsibility of   assessing it as a whole to the EU Commissioner of Migration, the Greek  Dimitris Avramopoulos, who has not answered so far and plans to visit Lesbos after the EU Council on October 15, as is announced.

But the mayor of Lesbos official presented the proposal to the Prime Minister Alexis Tsipras, and the Austrian Chancellor Faymann on their visit to the island on October 6, and had analysed all the steps made so far, to make possible the solution of the identification procedures to be held on the Turkish coast . And this is what Alexis Tsipras openly and bravely chose to support , even though Jean Claude Junker openly asked the Greek part to say YES to joint patrols  After the NO of the Greek Foreign Minister Nikos Kotzias on public statements, while the scenario of joint patrols was still not formally presented to the Greek government, the Greek PM Alexis Tsipras openly repeated the NO to Angela Merkel , and immediately answered to her arguments for better safeguarding EU’s external borders by proposing the screening and identification procedures to be held on Turkish coast. What will be done, remains to be seen  not   Today is the critical meeting

Go to our Greek to me ! story on full details on this story , we have made full awareness early enough, based on Paris Karvounopoulos, the Defense reporter information about the common German and Turkish

Go to our main article by Greek to me !,

Joint Patrols in Aegean, -by EU blessings-, the trap of Turkey’s humanitarian guise

Visit our special News section of Greek to me ! for Greece’s Armageddon Cross Roads on Greek to me Newsblog

Greek to me ! Newsblog

find the news update on the eurobserver, as of Wednesday October14, 2015  Greece says no to plan for sea patrols with Turkey

It is appalling to see children with medical conditions and disabilities lying in the dirt as flies buzz around their eyes. The authorities should coordinate with humanitarian groups to ensure that people with particular needs are identified quickly and ensured access to the registration process and unhindered access to doctors.

Human Rights Watch staff witnessed the confusion and tension at the Moria registration center created by the numbers of people and lack of information and interpreters. Aid workers and police at the center said that procedures have changed several times, generating more uncertainty.

During the meeting of the Greek Prime Minister Alexis Tsipras and the with the US Secretary of State John Kerry, the main issues that were discussed were the negotiation of Greece within the eurozone during the recent months and the need for debt restructuring, but also, the issue of refugee flows, the Cyprus issue, the FYROM name issue, as well as the developments in Ukraine and Syria, and also the energy issues, according to the Greek PM’s office press announcement released on Thursday noon , October 1.

The meeting took place in Washington, by the presence of the Greek Minister of Foreign Affairs Nikos Kotzias

US Secretary of State John Kerry stressed the strategic importance of the TAP pipeline and IGB in upgrading Greece’s role as an energy hub.

Furthermore, the US Foreign Minister expressed the US intention to support the resolution of the name issue of Skopje and the Cyprus problem.

Greek Prime Minister Alexis Tsipras undelined the need of the USA support for the upgrade of the UN mechanism for the resettlement of refugees, and also for the intensification of contacts with Turkey in order to manage the refugee issue.

He also stressed the need of US contacts with Turkey for a viable solution of the Cyprus problem on the basis of UN resolutions.

Alexis Tsipras underlined to the US Foreign Minister the intention of the Greek government to resolve the name issue with a compound name with a geographical limitation for use against all, and the need of such a corresponding intention to be shown on the part of FYROM.

Greek Prime Minister Alexis Tsipras did not attend the summit meeting held at the UN General Assembly on Tuesday September 29, given that FYROM was listed as the “Republic of Macedonia” rather than the provisional name recognized by the United Nations, i.e. “Former Yugoslav Republic of Macedonia (FYROM).

For more on the Greek Prime Minister’s trip to the USA, visist our special Page on Greek to me, #TsiprasInAmerica

@PrimeministerGR trip to the USA

Greece at a glance,