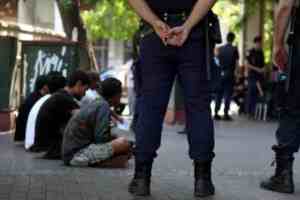 Greek police have received an urgent warning from Europol about the possibility of a terrorist attack in European countries, with most likely targets being Belgium, the Netherlands and Britain.

According to Skai TV, the terrorist attack is being prepared by four or five Islamists based in  Europe. The warning contains the names of suspected terrorists, who are assumed to have accomplices in Lebanon, Saudi Arabia and Russia.

Greece is among EU countries put on alert by Europol for possible acts of terrorism by jihadists using cars packed with explosives, a Greek police official said anonymously, the ANA -MPA wrote on Tuesday January 13.

The official said the warning was issued on Saturday and is in effect until January 17.